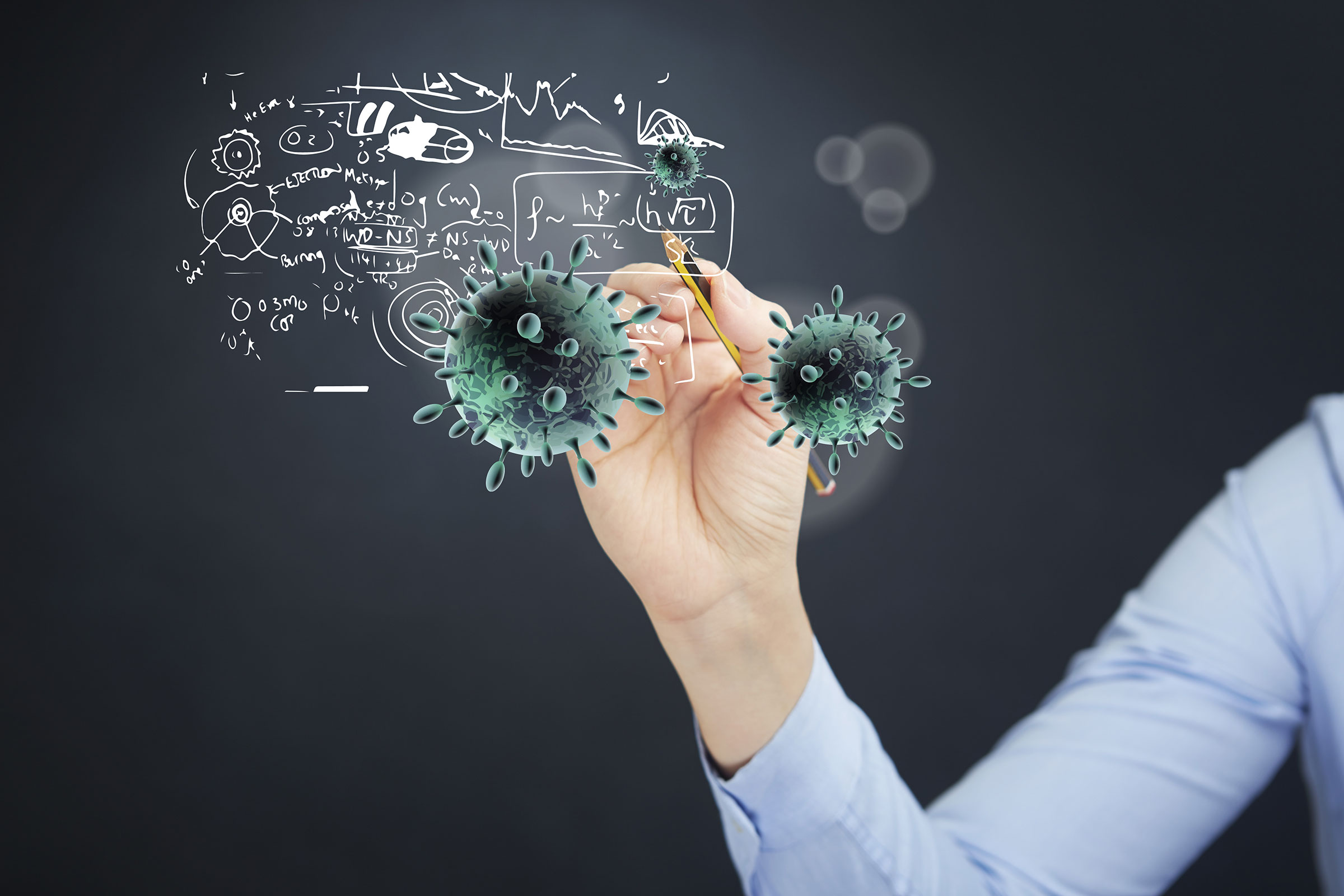 Posted at 10:37h in All Settings by Luci Perri
0 Likes
Share

We are probably all too familiar with the alphabet soup that comprises multiple drug-resistant organisms (MDROs): carbapenem-resistant Enterobacteriaceae (CRE), methicillin-resistant Staphylococcus aureus (MRSA), vancomycin-resistant enterococcus (VRE), extended-spectrum beta-lactamases (ESBLs) and most recently Candida auris. While it is easy to think that Staph aureus is only resistant to methicillin, the ugly truth is that MRSA is resistant to a number of first-line antibiotics used to treat various infections.

What Makes These Organisms So Dangerous?

Generally, MRSA is resistant to penicillins, including methicillin and oxacillin and first-generation Cephalosporins such as cefazolin, cephalothin, and cephalexin. So, don’t let the name of the MDRO fool you since the resistance will confer to more than the antibiotic contained in that organism’s name.

CREs are comprised of a group of bacteria (Enterobacteriaceae) that includes Klebsiella and Escherichia coli, both of which are usually found in the human intestine. These organisms produce an enzyme that basically inactivates the usual antibiotics that are used to treat them, such as third-generation cephalosporins and carbapenems (e.g. meropenem, doripenem, imipenem, and ertapenem). Some MDROs, such as carbapenemase-producing Klebsiella, can easily share their resistance with nearby or related organisms. This has the potential to increase resistance exponentially.

Therefore, the upshot of MDROs is the greatly limited clinician choice of antibiotics to treat infections, and some are so resistant that the clinician is limited to only one or two antibiotics. In my experience as an Infection Preventionist at a medium-sized community hospital, urine culture for a patient with what seemed like an ‘ordinary’ urinary tract infection (UTI) revealed the only effective and tested antibiotic was gentamycin. This result was unexpected in a small rural hospital!

Not only are MDROs difficult to treat, but they also tend to ‘hang around’ in both the healthcare environment and on people. According to the CDC, “…in investigations in which CDC has participated, it is clear that patients can be colonized for long periods of time (e.g., months). In addition, if considering discontinuing Contact Precautions based on the results of surveillance cultures, it is probably best not to base this decision on the results of a single negative culture as previous experience suggests that patients can be intermittently positive on serial surveillance cultures.” MRSA is also notorious for the intermittent colonization of patients as well. Intermittent colonization and the potential for a prolonged infection have implications for placing patients on contact precautions and the duration that precautions should remain in place.

According to the literature, Staph aureus including MRSA can survive on environmental surfaces up to 12 months, Enterococcus species including VRE can survive for up to 46 months, and Klebsiella species (including carbapenem-resistant Klebsiella) can survive for up to 30 months on hospital surfaces. Not only can organisms be spread to other surfaces by the hands of healthcare workers, but some studies have shown that nurses’ scrubs are contaminated about 10% of the time when caring for patients. This study found the transmission of organisms from the patient to scrubs and from the environment to the scrubs. 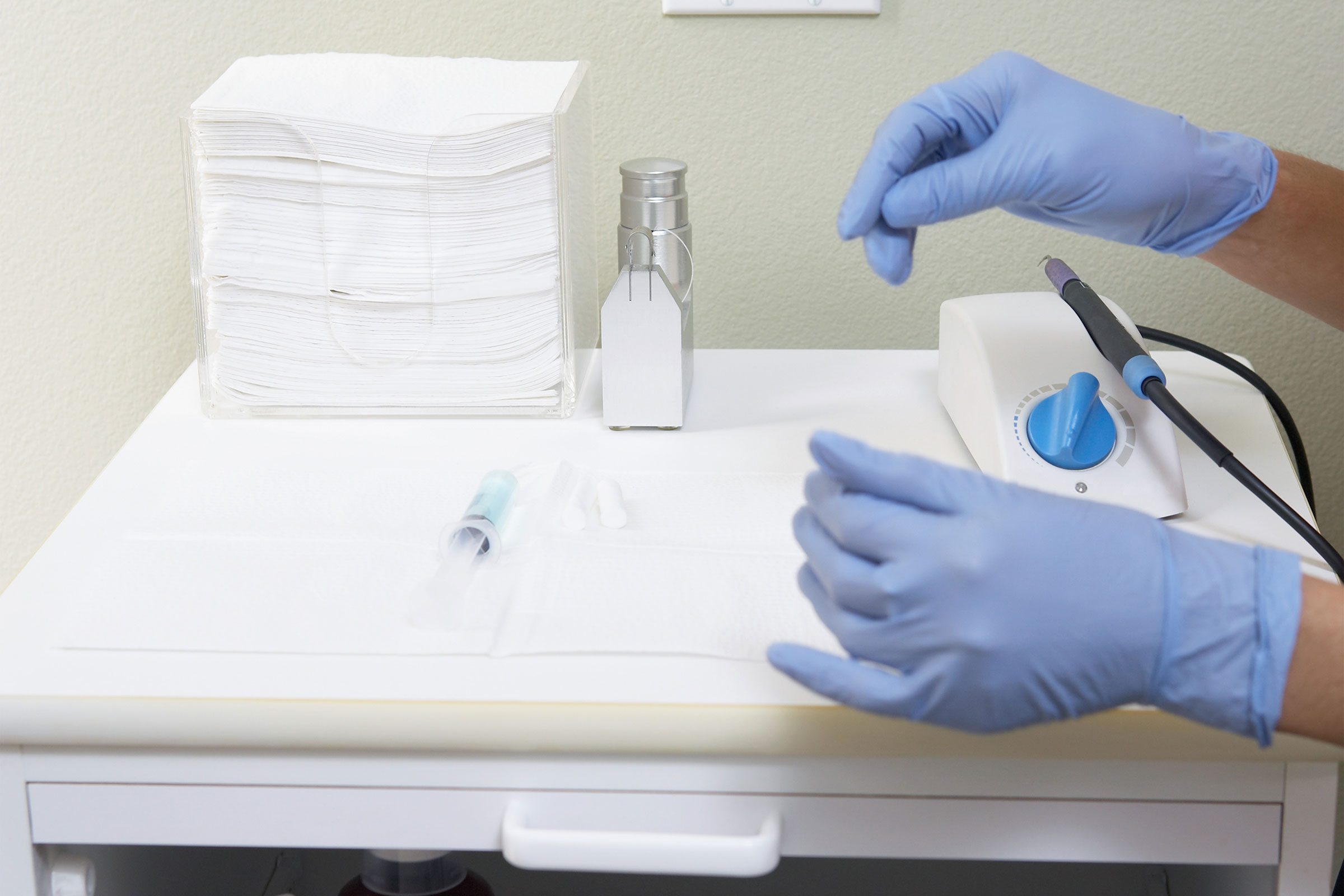 What Can Healthcare Workers Do?

This underlines the need for healthcare workers to clean their hands regularly, wear protective gowns and gloves when caring for patients colonized or infected with an MDRO, and the need for meticulous cleaning of the environment. This explains the trend toward using “no touch” technology such as ultraviolet (UV-C) or vaporized hydrogen peroxide as an adjunct to room cleaning after a contact precautions patient is discharged.

A recent study was conducted in six skilled nursing facilities (SNFs) in Michigan. The researchers looked at the contamination of the edges of privacy curtains, which is where they are most frequently touched. The researchers found that 22% of cultures from privacy curtains contained MDROs. Additionally, 15.7% of the time, patients and their privacy curtain were colonized with the same MDRO. This is strong evidence for the need to perhaps rethink some long-held beliefs about inpatient room cleaning.

Another recent study showed evidence of patient hand contamination and surface contamination in hospital rooms. The researchers found 39.8% of high touch surfaces, and 13.3% of patients had MDROs. Advanced molecular testing was used in this study and determined that the MDROs found on patients’ hands and room surfaces were the same. This interesting study underscores the importance of including patients in hand hygiene programs, although traditionally, we have focused on hand hygiene among healthcare workers.

What Is Being Done?

The danger of antimicrobial-resistant organisms is the inherent difficulty in treating an MDRO infection, the sharing of resistance mechanisms among organisms, the potential for easily transmitting the organisms from healthcare surfaces, patients hands, the original infection or colonization site, healthcare worker clothing and soft surfaces in the patient room such as privacy curtains.

And if this isn’t enough, CMS and accrediting agencies have included verbiage related to MDROs in their standards. CMS State Operations Manual Standards for hospitals indicates the expectation that facilities will follow national guidelines and refers the reader to the Centers for Disease Control and Prevention CDC Isolation guidelines. Tag A-0749 directs the surveyor to look for “Measures specific to prevention of infections caused by organisms that are antibiotic-resistant” and again mentions the CDC Isolation guidelines. In addition to the CDC isolation guidelines, the MDRO guidelines are also available on the CDC site. The MDRO guidelines recommendations include hospitals, long term care facilities, and outpatient settings.

Although the CMS State Operations Manual Standards for Ambulatory Surgery Centers guides surveyors look for evidence of actions taken when a patient requiring droplet or airborne precautions are identified, there isn’t any guidance related to MDROs specifically.